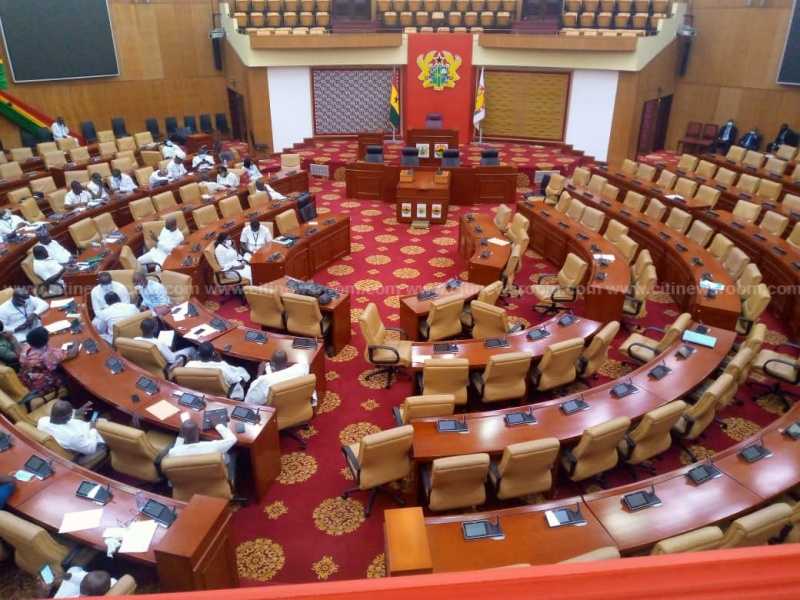 The New Patriotic Party has asked its MPs in Parliament to abstain from the vote of censure against Finance Minister, Ken Ofori-Atta on Thursday, November 10, 2022.

The governing party believes the vote of censure is “ill-intended and aimed at derailing government’s efforts at resolving current socio-economic upheavals.”

The Minority in its motion for the vote of censure cited the overall mismanagement of the economy and ethical concerns, among others.

The party echoed the plea of the President, noting that Mr. Ofori-Atta is in the midst of negotiations with the International Monetary Fund (IMF).

“Considering that negotiation with the IMF is nearly completed, the National Executive body of the Party strongly believes that the removal of the lead person spearheading the negotiation may adversely impact the progress made thus far.”

At least 80 Majority MPs had made calls for the Finance Minister to step down.

Before President Akufo-Addo convinced the MPs to temporarily shelve their calls for Mr. Ofori-Atta to be removed, they had said they would not be supporting the Minority in the vote of censure.

Majority Leader, Osei Kyei-Mensah-Bonsu subsequently said, every NPP MP was now in support of the removal of the Finance Minister.

Find below the full statement 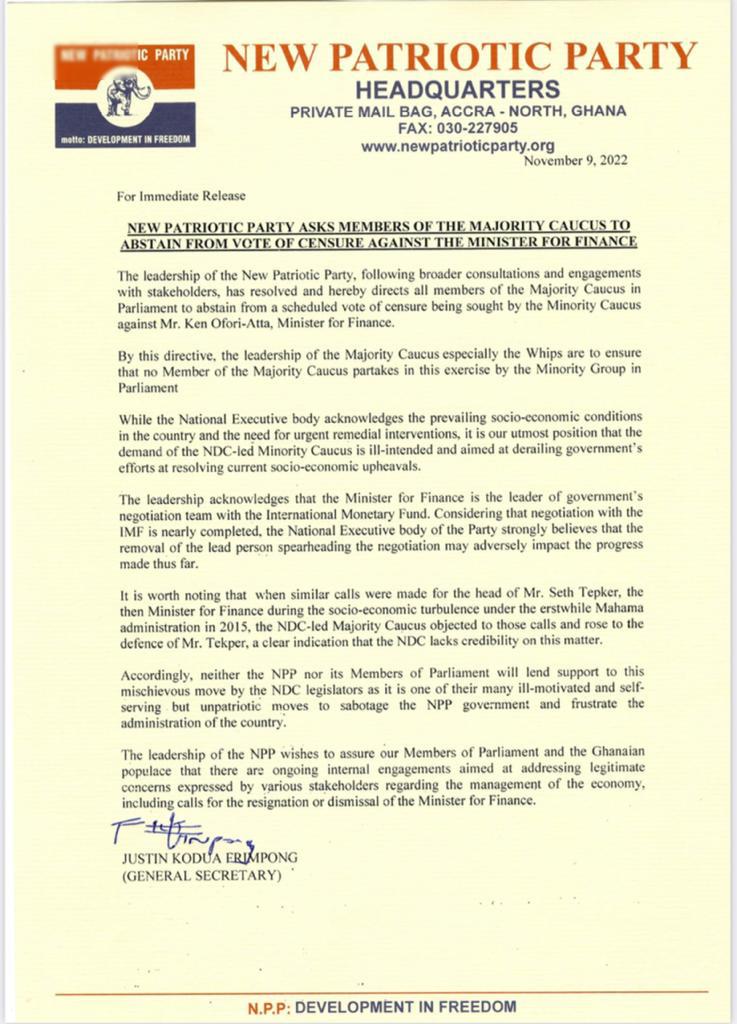 VIDEO: Watch Eddie Nketiah’s goal for Arsenal in the Europa... VIDEO: Treat your eyes to this superlative goal from Dutch-Ghanaian...

Dutch-born Ghanaian attacker Cody Gakpo rescued a point for PSV Eindhoven when he... 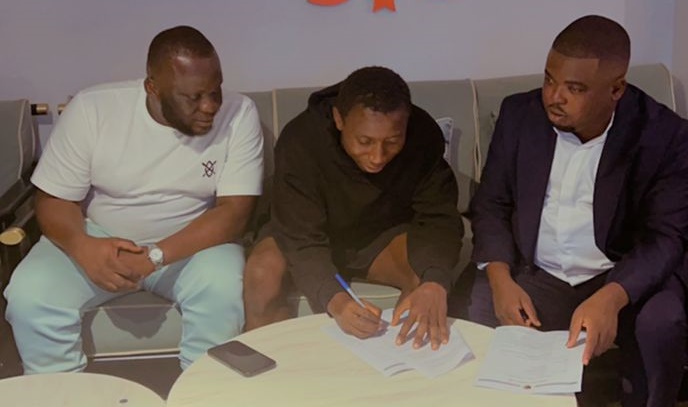 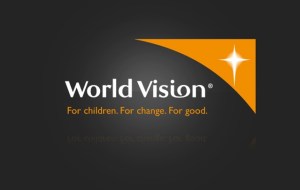 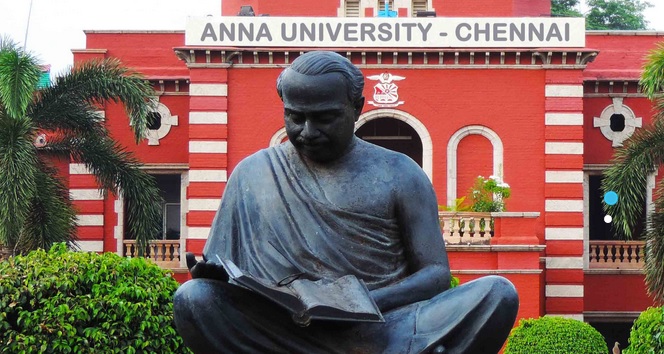 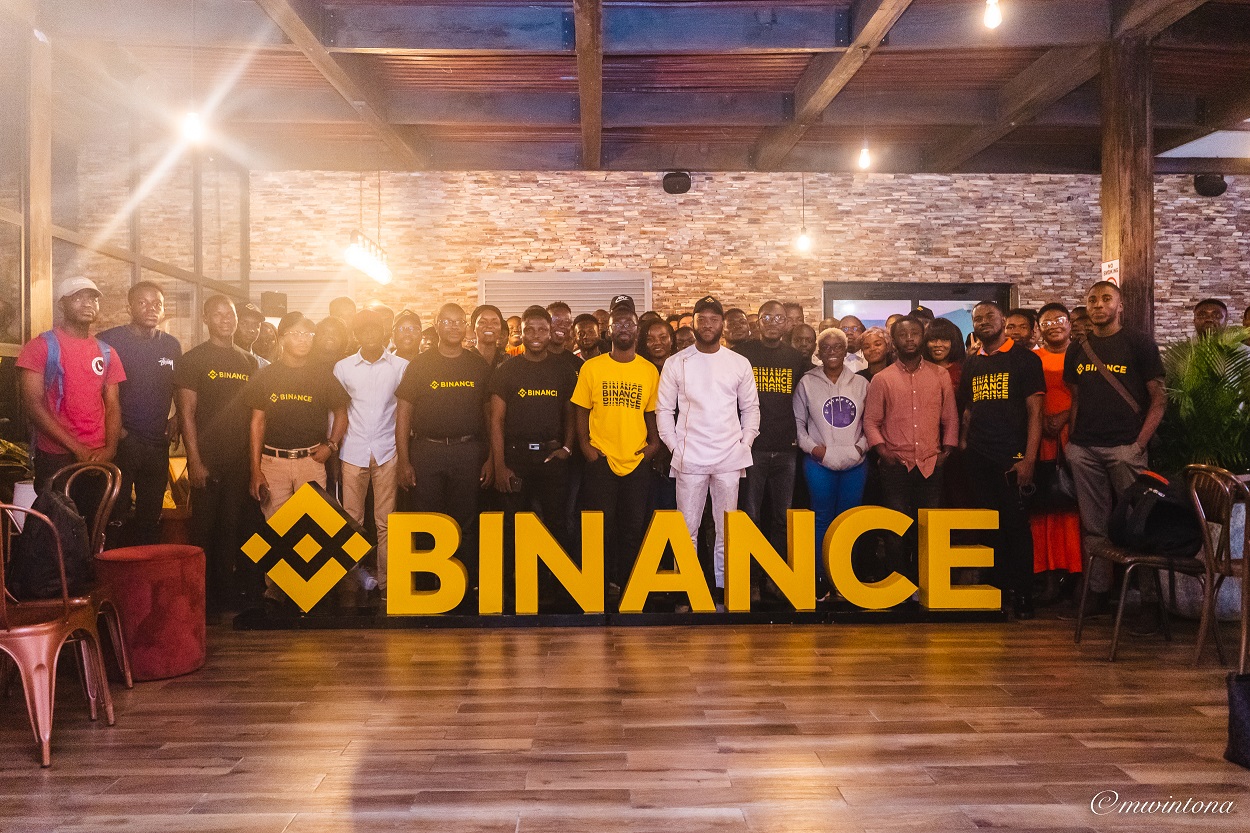 On August 25, 2022, Binance, the world’s leading blockchain ecosystem and cryptocurrency... 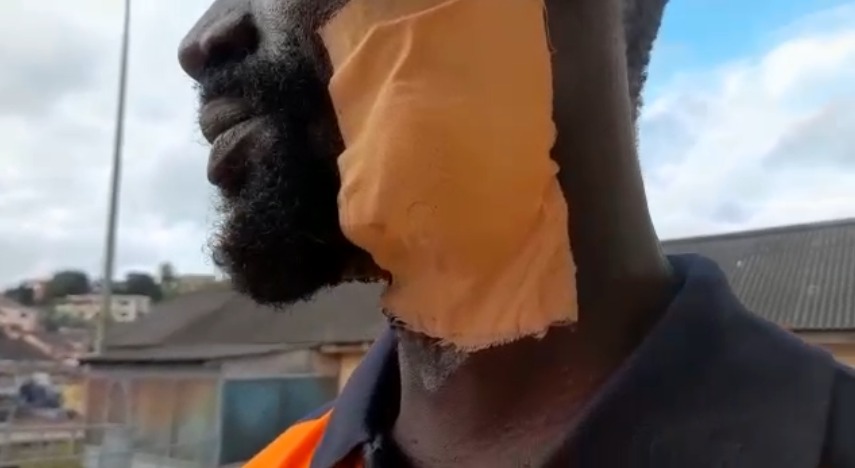 The Adiembra Police have arrested a Chinese national for allegedly attacking one... 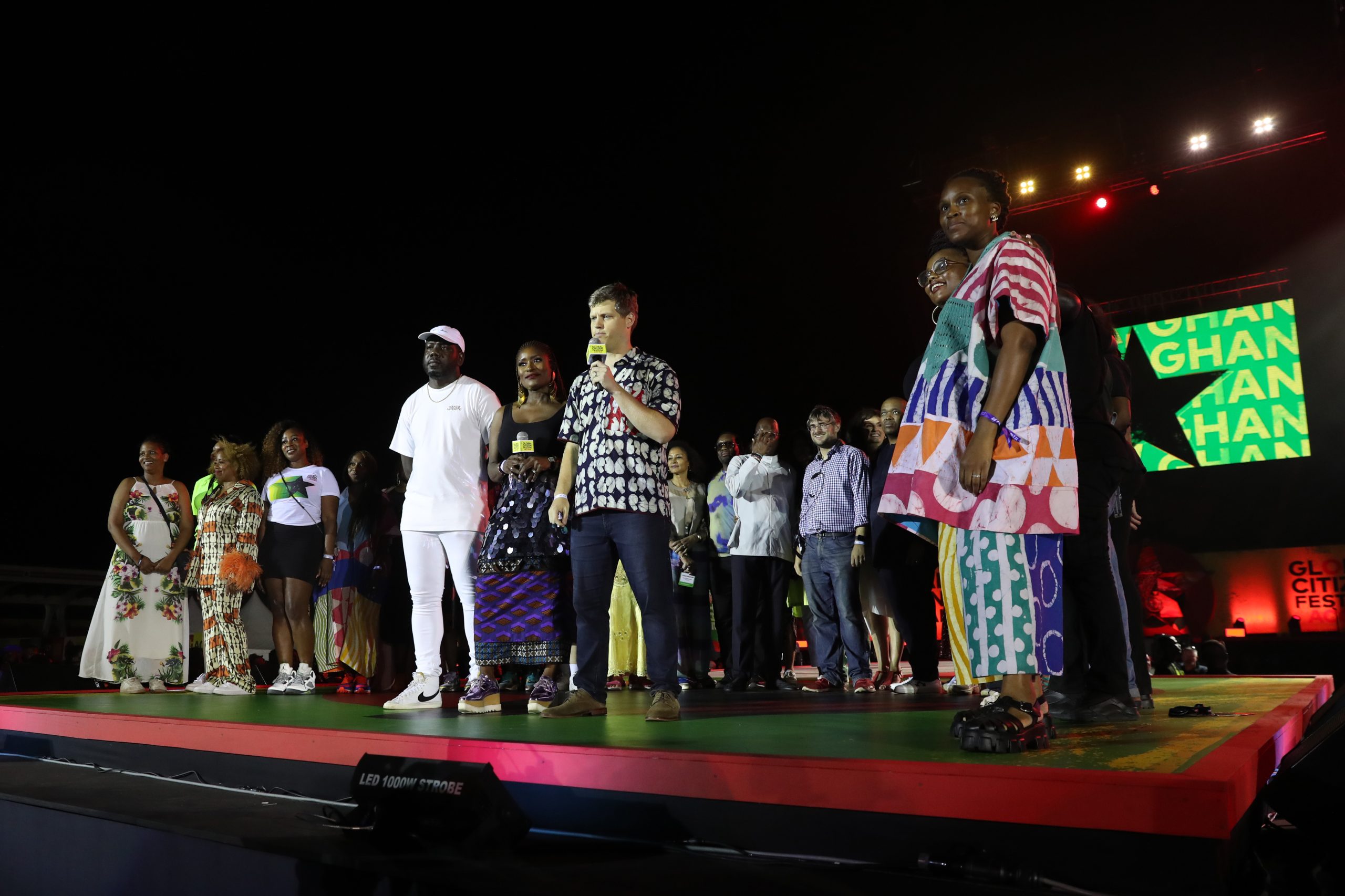 This past weekend saw the 10th anniversary of the Global Citizen Festival, and we... Arsenal’s Gabriel Jesus is among five top stars who have been left out of the Brazil...