Or login with email

The president of Ghana Nana Addo Dankwah has reiterated same sex marriage will not be legalized in Ghana under his watch as the president of the west African nation. This will finally lay to rest the most discussed subject in recent weeks as the LGBTQI community and their advocates have been left disappointed after the […] The post Nana Addo disappoint Homos, says Homosexuality will never be legalized appeared first on GhPage. 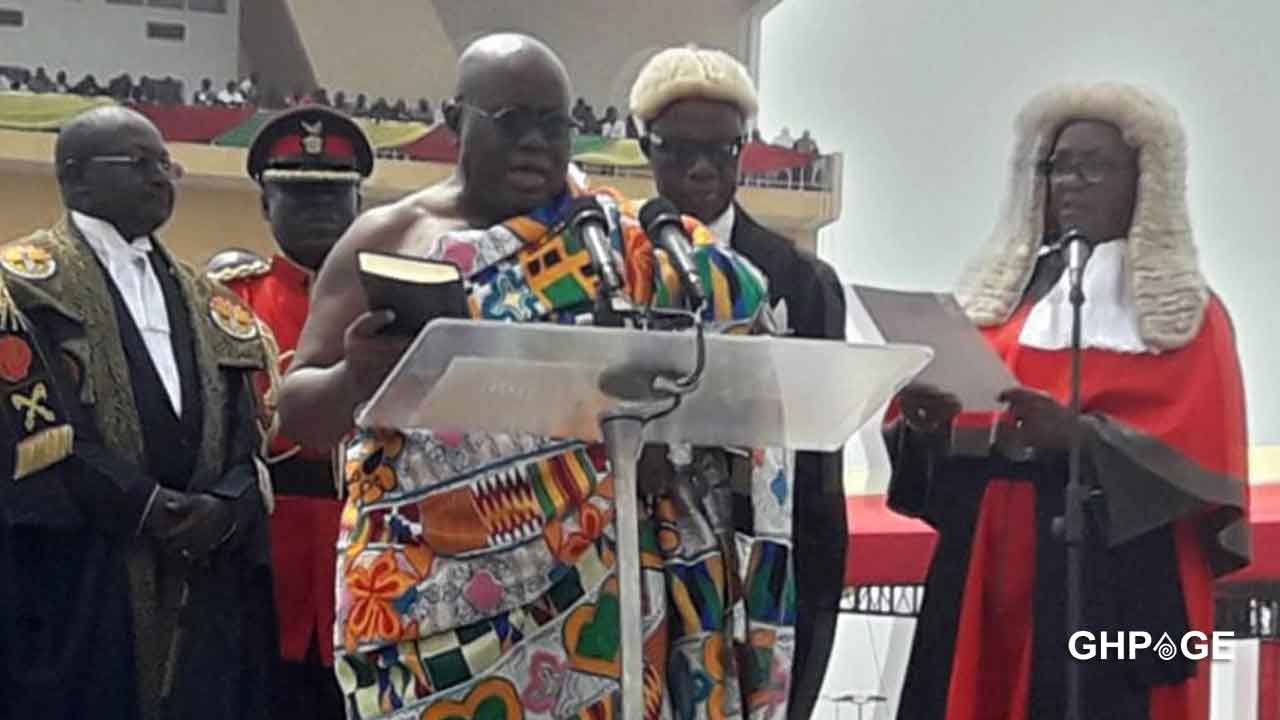 The president of Ghana Nana Addo Dankwah has reiterated same sex marriage will not be legalized in Ghana under his watch as the president of the west African nation.

This will finally lay to rest the most discussed subject in recent weeks as the LGBTQI community and their advocates have been left disappointed after the president coming clear on the subject matter.

Many people had apparently called on the president to speak on the issue which had dominated a whole lot of debate and discussions about the country giving recognition to the LGBTQI.

The president addressing audience at the installation of the second Archbishop of the Anglican Church of Ghana at Asante Mampong in the Ashanti Region on Saturday, [February 27, 2021], reiterated his long held position on the subject of the LGBTQI.

It will be recalled in 2017 when the president was sworn in after he was elected in the 2016 general elections, the issue of LGBTQI was a subject that trended while many demanded to know the stance of the new president. The President then stated categorically that he is not for it.

Fast forward after a few months, the President granted an interview with international cable news network Aljazeera, and when asked about the issue of the LGBTQI and his country’s position, he sounded very diplomatic which seemed to suggest the by many views that their rights must be respected according to the president.

This actually left a mark in the minds of many Ghanaians that the Akufo- Addo led government may probably legalize homosexuality in Ghana because of his response in that famous interview but the president has come clearer this time which will put an end to the LGBTQI subject for now.

Dumsor is killing me, I can’t sleep anymore – Vim Lady

My husband used our son for blood money (SAKAWA) because...

15-year-old girl commits suicide after being bullied by...

Flashback to when Akufo Addo said homosexuality is bound...

I Took My Two Cars To Agya Koo’s House To Thank Him When...

“Kanye West is NOT the richest Black person in America”...

Forbes has denied reports that Kanye West is now the richest black man in America’s...

Chantelle Kudjawu, a private investigator and a businesswoman has sued Gloria Assan...

15-year-old girl commits suicide after being bullied by...

A 15-year old pupil, Lufuno Mavhunga from Mbilwi Secondary School in Limpopo has...

Barring any last-minute hitches, this year’s schools placement is to be out by midnight...

Kotoko have secured new apartments for players as means of accommodation. Players...

The beef between Kuami Eugene and Guru has hit new lows following the release of...

Tecno Mobile, a mobile phone brand in Ghana, has renewed its contractual dealings...

The Governing Council of Atebubu College of Education, Atebubu, in the Bono East...

Lady breaks up with boyfriend for proposing with GHC150...

The act of proposing to one’s girlfriend has now become an art where people go to...